Consumer Price Index data set for release on Thursday is expected to show that inflation remains unusually rapid and is likely to persist for some time. But it could also provide early evidence of trends that could help inflation to moderate more notably next year.

After stripping out food and fuel, both of which jump around in price, a “core” inflation index is expected to moderate slightly to 6.5 percent on an annual basis, down from 6.6 percent in the prior reading.

While price increases show some hints at moderation, they have yet to stage a big drop-off: Inflation has more or less flatlined at an abnormally high level since spring 2022. That’s bad news for shoppers, because it means that already-high prices continue to climb with each passing month. For the Federal Reserve, which has raised rates rapidly this year to wrestle inflation back under control, it is a sign that price increases could prove difficult to stamp out without a painful economic contraction. 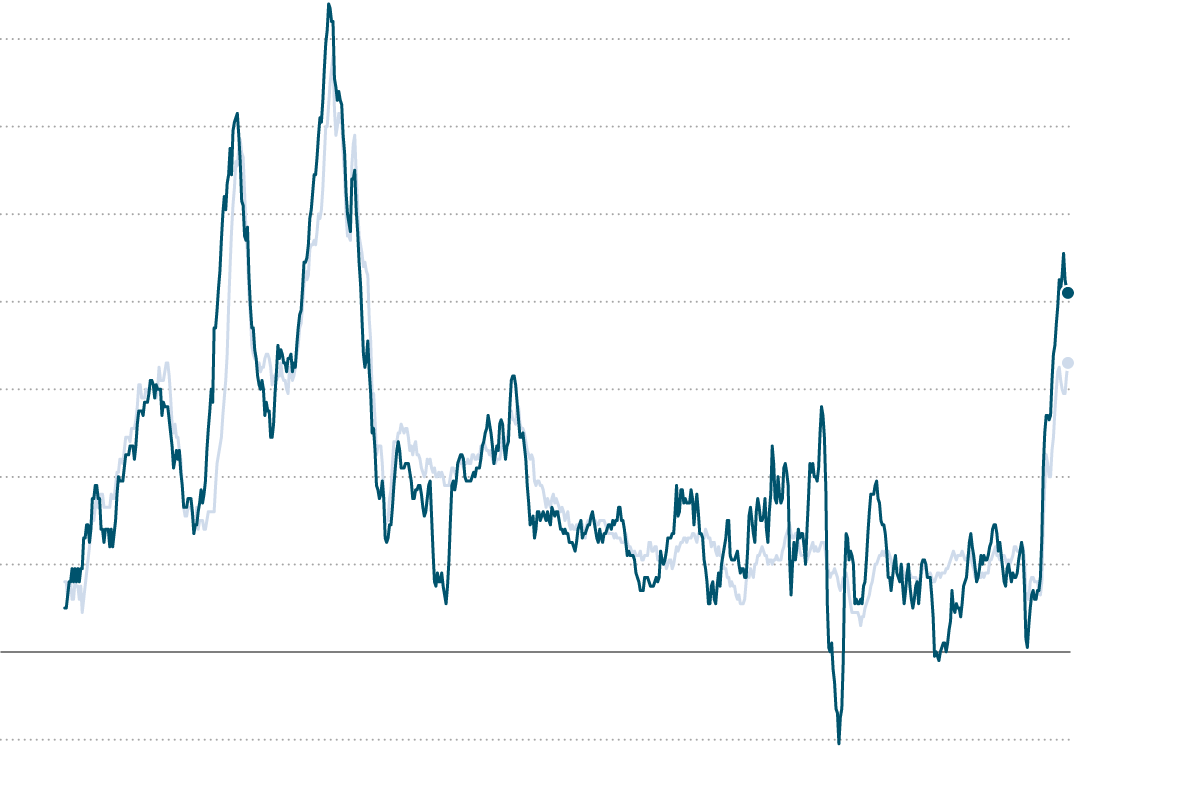 Inflation is expected to remain rapid through the end of 2022, but economists will be parsing Thursday’s report for signs that inflation could cool meaningfully in 2023. Here’s what they’ll be looking for.

Used car prices — which helped fuel inflation for much of the past two years — have been dropping for months at a wholesale level. But they have fallen only modestly in official inflation data. Economists expect that to begin to change soon.

“We were surprised that C.P.I. used car prices did not fall by more in September,” economists at Goldman Sachs wrote in a note previewing the data, predicting a 2.5 percent decline in the used car index this month alone. In a sign that used car savings may finally be reaching consumers, the marketplace Carvana has posted plummeting stock prices as rising rates dent car affordability.

Health insurance is likely to subtract from inflation.

Price increases for some services could also slow down, including health insurance. Inflation data track health insurance costs by looking at the difference between how much health coverage costs and how much it pays out. The data the C.P.I. uses to do that comes out at a roughly 10-month delay and will be updated this month, said Omair Sharif, founder of Inflation Insights. That should allow for some moderation.

Measured health insurance costs jumped in 2020: People were still paying the same premiums for coverage, but they were not having elective surgeries amid the pandemic. People returned to the doctor’s office in 2021. Mr. Sharif expects insurance to shave about 0.05 percent from core inflation on a monthly basis — small, but something.

Rent inflation is expected to run hot in this report. But sometime next year, housing should stop adding so much to inflation each month.

That’s because rents on new leases spiked last year, and existing leases are only now catching up. The convergence should eventually finish playing out, because new rents have been moderating for months now. But exactly how long it will take is uncertain.

Services other than housing are a wild card.

Another big question is what will happen to prices for nonhousing services: Airfares, pet care, child care, health care, manicures, meals out, and the like.

Prices in those categories are closely tied to wage gains, which have been climbing swiftly in recent months. If that continues, it could be hard for inflation to fall the whole way back to the roughly 2 percent pace that was normal before the pandemic: Companies are likely to try to pass rising labor bills along to consumers in the form of higher prices.

Lloyd Morrisett, a Founder of ‘Sesame Street,’ Dies at 93

Bed Bath & Beyond Says It Defaulted on Debt Payments

Biden Hammers Republicans on the Economy, With Eye on 2024

Dotdash Meredith, Publisher of People and InStyle, Cuts 7% of Staff

Lloyd Morrisett, a Founder of ‘Sesame Street,’ Dies at 93

Lloyd Morrisett, a psychologist whose young daughter’s viewing habits inspired the creation of the revolutionary children’s…

Bed Bath & Beyond Says It Defaulted on Debt Payments

Biden Hammers Republicans on the Economy, With Eye on 2024

Dotdash Meredith, Publisher of People and InStyle, Cuts 7% of Staff