After months of waffling, lawsuits, verbal mudslinging and the near miss of a full blown trial, Elon Musk now owns Twitter.

On Thursday night, Mr. Musk closed his $44 billion deal to buy the social media service, said three people with knowledge of the situation. He also began cleaning house, with at least four top Twitter executives — including the chief executive and chief financial officer — getting fired on Thursday. Mr. Musk had arrived at Twitter’s San Francisco headquarters on Wednesday and met with engineers and ad executives.

The closing of the deal, which followed months of drama and legal challenges as Mr. Musk changed his mind about buying the company, sets Twitter on an uncertain course. Mr. Musk, a self-described “free speech absolutist,” has said that he wants to make the social media platform a more freewheeling place for all types of commentary and that he would “reverse the permanent ban” of former President Donald J. Trump from the service.

Mr. Musk’s open approach to speech on Twitter could exacerbate long simmering issues of toxic content and misinformation, affecting political debates around the world. Early tests will come within days, when Brazil elects its president and American voters go to the polls on Nov. 8 for the midterm elections. Twitter said it would prohibit misleading claims about voting and the outcome of elections, but that was before Mr. Musk owned it.

“There could be real-world consequences to his leadership,” David Kaye, a law professor at the University of California, Irvine, who worked with the United Nations on issues of free speech, said of Mr. Musk’s ownership of Twitter. “To the extent that world leaders see they have this space and it’s unmoderated, they could push to see how far they can go.”

The acquisition has been celebrated by some Republicans, who have argued that Twitter censored conservative viewpoints. Researchers have said Twitter’s rules have been essential to countering online hate speech and disinformation. Some advertisers have worried about allowing their brands to appear alongside controversial tweets.

“It’s a ‘back-to-the-future’ reversion to content rules circa 2010, but one that ignores the lived experience over the last decade,” said Colin Crowell, Twitter’s former head of global public policy, who left the company in 2019. “People eventually realize that the Wild West needs a sheriff, both for ensuring the safety of citizens but also for enhancing the prospects for commerce.”

Mr. Musk has also promised other sweeping changes at Twitter, including new leadership, job cuts and the pursuit of new ways to make money. Twitter, which is based in San Francisco and employs more than 7,500 people, has had difficulties consistently growing its advertising-based business and attracting new users. The firings of the top company executives on Thursday were a sign that Mr. Musk intended to move swiftly.

Mr. Musk, 51, will be remaking Twitter without having to disclose how it is performing every few months. By taking the company private, he does not need to regularly answer to shareholders and can make changes to the service away from the public’s prying eyes.

Mr. Musk, who also runs the electric carmaker Tesla and the rocket company SpaceX, did not immediately respond to a request for comment.

Completing the deal was a victory for Twitter’s board. When Mr. Musk agreed to pay $54.20 a share for the company in April, Twitter faced criticism for accepting a price that was too low. But, as the global economy faltered in the ensuing months and Twitter’s stock fell, the deal price appeared to be a win for shareholders, and the board sought to force Mr. Musk to abide by the agreement.

The Twitter executives who were fired on Thursday include Parag Agrawal, the chief executive; Ned Segal, the chief financial officer; Vijaya Gadde, the top legal and policy executive; and Sean Edgett, the general counsel, said two people with knowledge of the matter. At least one of the executives who was fired was escorted out of Twitter’s office, they said.

Mr. Musk, who is one of Twitter’s most active users and has more than 109 million followers, began accumulating shares in the company this year. In April, he struck the deal to buy the company for $44 billion and said he would lift Twitter’s content moderation policies, eliminate spam, add new features and provide more transparency about the algorithms used to promote content.

“Twitter has tremendous potential — I look forward to working with the company and the community of users to unlock it,” he said in a statement in April.

But, within weeks, he began questioning the deal. Mr. Musk lashed out at the Twitter executives responsible for content decisions and accused the company of failing to accurately count the spam accounts on its platform. When Parag Agrawal, Twitter’s chief executive, tried debunking Mr. Musk’s claims, Mr. Musk responded by tweeting a poop emoji.

By July, Mr. Musk had decided that he no longer wanted to own Twitter, arguing that he had been misled about the amount of spam on the platform. He announced his intent to abandon the acquisition.

Twitter sued Mr. Musk to force him to carry out the agreement. The company accused Mr. Musk of trying to back out of the deal because the economic downturn had caused a decline in his personal wealth. Mr. Musk had agreed to personally provide roughly $33 billion of the $44 billion deal.

The lawsuit ended up in Delaware Chancery Court, which hears many corporate cases. The court set a five-day trial in mid-October to hear the case.

But facing days of depositions and an uncertain outcome, Mr. Musk reconsidered. He tried negotiating a discount on the deal price. Those discussions were unsuccessful. This month, Mr. Musk said he would proceed with the acquisition at the original price if Twitter halted its legal battle against him.

The judge overseeing Twitter’s lawsuit agreed to put the case on hold until Oct. 28, giving Mr. Musk three weeks to close the deal.

Mr. Musk has set some ambitious goals for Twitter, which he has said he will transform into an “everything app” called X. In presentations to investors about the deal this spring, he said he anticipated that Twitter would reach annual revenue of $26.4 billion and have 931 million users by 2028. The company reported $5.08 billion in revenue last year and had more than 200 million users.

Mr. Musk has suggested that cuts could be necessary to limit Twitter’s costs. Many of the company’s employees could face layoffs. In recent days, Twitter has tried soothing its work force, asking them to ignore reports of potential layoffs.

Twitter’s performance will be vital as Mr. Musk balances investing in the company’s future and paying off interest on the $12.5 billion in loans he took out to finance the deal. Analysts have questioned whether Twitter can bear the burden of those payments given its patchy profits.

Those loans will also stand as a pain point for the investment banks that cobbled them together, as the market for such loans has dropped precipitously since Mr. Musk announced his bid in April.

Advertisers may also be wary of doing business with Mr. Musk after he denounced the use of advertising on Twitter and said the company should find a different source of revenue. Some advertisers have also been skeptical about their brands appearing alongside risky content that Mr. Musk has said should be allowed on Twitter, while others have preferred to spend money with social networks like Facebook and TikTok.

On Thursday, Mr. Musk sought to quell advertiser concerns with an open letter suggesting some content moderation would continue.

“Twitter obviously cannot become a free-for-all hellscape, where anything can be said with no consequences,” he wrote. “Twitter aspires to be the most respected advertising platform in the world.” 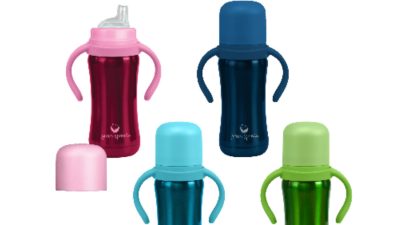