The Best of Show winner, a deep-blue 1937 Delahaye 135M Roadster Cabriolet, puttered up the horseshoe drive and past the judges’ stand to fanfare typical of a classic car expo.

Such a meticulously restored, and rakish, car was to be expected at a vintage-vehicle show. The location, however, was anything but typical — the Concours d’Elegance was held for the first time at the Detroit Institute of Arts, a Beaux-Arts museum in the heart of America’s Motor City.

“As remarkable as it may seem, there has not been a car show of this caliber in the city of Detroit, ever,” said Richard Vaughan, a veteran car designer who sits on the advisory team for the event, which took place on Sept. 18. “We really felt strongly that an event celebrating the automobile should be in the city of Detroit, the city that put the world on wheels.”

Events like the Concours d’Elegance, which tend to showcase classic cars built during the first half of the 20th century, usually take place at upscale resorts such as Pebble Beach on the Monterey Peninsula of California or Villa d’Este on the shore of Lake Como in Italy. By holding the event in Detroit‌, organizers sought to celebrate the city’s automotive history.

It was also an attempt to broaden the reach of exhibits like these, which have traditionally catered to high-end collectors and wealthy individuals. In the center of the city, organizers of the Detroit Concours were able to remove some of the physical and financial barriers of exclusivity, making it more accessible to residents.

The vehicle categories, known as classes, reflected Detroit’s singular role in the industry. Sharing space on the museum’s grounds with sculptures by Alexander Calder, Auguste Rodin and Tony Smith were 1932 Ford hot rods as well as one-of-a-kind cars from the famed Autorama show, which has been held regularly in Detroit since the 1950s.

There were also limited-production cars from the Big Three domestic automakers — Ford, General Motors and Chrysler (now part of the global Stellantis group). There were even rare muscle cars, the kind that may have once burned rubber on Woodward Avenue, the road outside the museum and a thoroughfare long associated with cruising and street racing.

“If you look at our top classes, they’re very much about celebrating Detroit,” said Soon Hagerty, senior vice president of brand strategy for Hagerty, the publicly traded classic car insurance company. The company recently bought the rights to the Detroit Concours and numerous others like it around the country, with the goal of maintaining and elevating them for the next generation.

“To us, it’s really about what are the guests wanting to see?” Ms. Hagerty said. “And here, they want to see the cars that make Detroit special.”

The Henry Ford Museum, which houses a significant vintage-vehicle collection in nearby Dearborn, Mich., displayed its radical 1962 Ford Mustang I, a sports car concept that bears little resemblance to the production car it would lend its name to a few years later.

“We consider it sort of our hometown event,” said Matt Anderson, the transportation curator for the Henry Ford Museum.

The weekend was structured to encourage local engagement across a diverse range of audiences and automotive interests.

On Saturday, a Cars & Community event in the parking lot of Comerica Park, home to the Detroit Tigers, featured two additional exhibits intended, in particular, to attract younger people.

On one side of the lot was the Concours d’Lemons, which draws models like the AMC Gremlin, the Ford Pinto, the Chevrolet Vega and other oddball vehicles produced mainly during the nadir of the American auto industry in the 1970s and early 1980s. On the other side was a display sponsored by RADwood, a Hagerty event brand, of vehicles from the 1980s and 1990s, many of which have greatly appreciated in value in recent years as they have become prized by emerging collectors.

Nearby, hundreds of children, many a decade away from being old enough for a driving permit, created their own vanity license plates and key chains, played with toy cars or had their caricature drawn while seated in a cherry-red convertible.

“This is a much younger crowd,” Mr. Vaughan said. “This is what we want. We want to invite these people into our hobby, give them a place. And they will fall in love with those older cars as well, as time goes on.”

Hobbyists hope that the inverse is also true — that older collectors begin to recognize the validity of collectibles from more recent decades.

“I always point out that the Pebble Beach Concours, when it started off, the cars they were looking at were only 20 years old,” Mr. Vaughan said.

Hosting a show with more than 3,200 attendees in the middle of Detroit provided its own challenges. For instance, parking was limited in the dense neighborhood around the art museum. There were also the questions of where, how and in what sequence to unload more than 100 priceless vintage cars, which must be transported individually in closed tractor-trailer carriers and arrayed on the lawn early in the morning before visitors arrived. Additionally, organizers had to account for managing crowds of passers-by on one of Detroit’s busiest avenues, while the museum remained open to the public.

There was also the question of how to integrate the event into the city.

“There’s two ways we could have looked at this,” Ms. Hagerty said. “One is, do we find one central location and do it all there, like at Belle Isle,” she said, referring to a park in the Detroit River designed by Frederick Law Olmsted. “Or do we showcase this gorgeous town?”

Organizers chose the latter. They hosted an opening event at Beacon Park in the revitalized downtown. A panel discussion and dinner was held at the historic Argonaut Building, an early G.M. research and design office now known as the A. Alfred Taubman Center for Design Education, part of the city’s College for Creative Studies. Organizers also coordinated ride-and-drive events in a variety of 1960s cars — a Ford Bronco proto-S.U.V., a Lincoln Continental convertible, a Pontiac GTO muscle coupe — up and down Woodward Avenue, placing attendees right in the action.

In addition to showcasing the host city, organizers sought to represent a diverse range of local car aficionados.

The weekend’s festivities featured a pair of intriguing local automotive subcultures — a club oriented around customized Japanese sport compact cars and another for contemporary Cadillac performance vehicles. There were also over a dozen cars from Midwestern brands such as Studebaker and Packard, eclectic and innovative makes that were discontinued in the 1950s and 1960s in the face of industry consolidation.

Some elements of Detroit’s car culture were notably absent from the events, such as Donks, domestic coupes and sedans with candy-colored paint jobs, bright under-lighting and tremendously oversize and often color-matched wheels; baroque late-20th-century Cadillacs or Lincolns, with their modified grilles, headlights, continental tire packages and hood ornaments of the type made famous in Blaxploitation movies like “The Mack” and “Super Fly”; and lowriders, the hydraulically lowered, small wire-wheeled, airbrushed and pinstriped staples of myriad, predominately Latino car clubs.

Organizers acknowledged that creating broader representation of the city’s contemporary car culture was a goal for future events.

“Those cars deserve to be celebrated,” Mr. Vaughan said. “You know, this is the first year, here. So let’s see how this goes.” 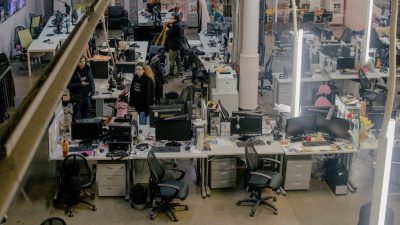