Tesla on Wednesday reported a big jump in its quarterly profit as sales of its electric cars soared in the three months that ended in September.

The electric carmaker said it made $3.3 billion in the third quarter, up from $1.6 billion in the same period a year earlier and nearly matching the record profit it reported in the first three months of the year. It reported revenue of $21.5 billion, up from $13.8 billion.

Tesla said this month that it had produced more than 365,000 cars in the third quarter, a 50 percent increase from a year earlier. Sales also surged but investors have grown increasingly concerned about signs that suggest that demand for the company’s luxury cars might be weakening.

Tesla sold about 20,000 fewer cars than it made in the third quarter and wait times for its vehicles have been falling. Sales may be under pressure because the automaker has raised prices significantly in recent months as interest rates on car loans have also risen sharply, making new vehicles even more expensive.

The company’s third quarter profit fell short of the expectations of Wall Street analysts and its stock was down about 4 percent in extended trading on Wednesday.

“Tesla’s awful quarter is the latest sign that growing macroeconomic uncertainty is having some impact on demand for its electric vehicles,” said Jesse Cohen, an analyst at Investing.com. He added that demand for the company’s cars in China, the world’s largest market for electric vehicles, was “slowing more than expected in the face of rising competition from local E.V. companies.”

Production problems at Tesla’s Berlin plant, which opened this year, could make it difficult for the company to meet its goal of increasing deliveries by 50 percent this year, Mr. Cohen said.

In a conference call with analysts, Tesla’s chief executive, Elon Musk dismissed concerns about slowing demand. “We will sell every car we make,” he said. He also said Tesla’s Berlin factory is now making 2,000 cars each week and the Austin plant would reach that pace soon. Tesla builds cars at factories in Berlin, California, China and Texas.

In his trademark promotional style, the chief executive also said that Tesla could become the world’s most valuable company by far, surpassing Apple and Saudi Aramco. And he said the company was considering buying back some of its stock.

Tesla’s share price has fallen more than 40 percent this year, partly over concerns about demand for its luxury cars. But the stock is also struggling because investors are worried that Mr. Musk will have to sell some of his stake in the company to pay for the social media business Twitter. Mr. Musk had agreed to buy Twitter for $44 billion, then sought to back out of the deal before changing his mind again and saying that he would go through with the acquisition.

On Wednesday, Mr. Musk acknowledged that he was paying a lot more for Twitter than investors think the company is worth but that he expected to significantly increase its value. “Long-term potential, in my view, is an order of magnitude greater than its current value,” he said.

This month Mr. Musk also made remarks about the war in Ukraine that unnerved investors and Western policymakers. He suggested a peace plan that reflected Russia’s territorial ambitions.

Tesla has managed to increase its output of cars despite a global shortage of computer chips and other automotive parts. But it is still facing some manufacturing challenges. The company’s assembly plant in Berlin halted production temporarily in July and suffered a fire in September.

The company recently said it expected to start production of a battery-powered semi truck on Dec. 1. Mr. Musk unveiled the truck in 2017, saying it would go into production by 2019. On Wednesday, he said the first trucks would be delivered in December and that the company would eventually aim to make 50,000 a year for the North American market.

Another important product, the Cybertruck pickup, which has been delayed repeatedly, will go into production next year, Mr. Musk has said.

Biden’s ‘Made in America’ Policies Anger Key Allies
The Long Road to Driverless Trucks
Can Car-to-Car Communication Technology Save Lives?
E.V. Bonanza Flows to Red States That Denounce Biden Climate Policies
Max Verstappen Is the F1 Champion. So, What About Next Year?
An F1 Driver Is Not Alone in the Cockpit During a Race 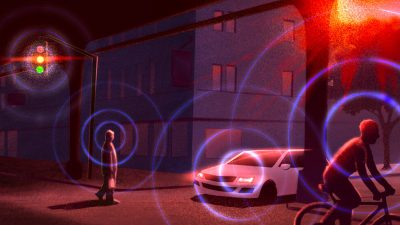 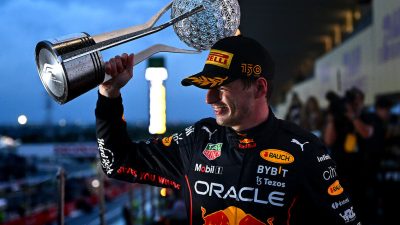 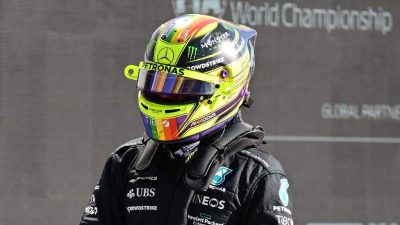